Is this Gen Z’s Watershed?

I broke one of my online rules this weekend for my birthday. The rule is to never engage in politics. So, I found myself reading and interacting with one of the most interesting stories I have seen in a long time.

Now that I broke my rule, I am going to attempt to create something redeeming from it. That said, there was a whole lot of ugliness that happened in DC and around the nation as “cyber jackals are loosed fairly randomly,” to quote conservative commentator Mark Steyn. I will get more into the critique of our national bullying and taking offense madness, but first a description of the confrontation.

The above video was filmed by one of the Black Hebrew Israelites. If you want to see the event that the news media covered, it starts at 1:11 and goes till 1:14. The reason I share the longer video is it shows that this was a normal day of intense protests in our nation’s capital.

Freedom of Speech is Crucial

If you listen to the Black Hebrew preachers, the things they say are not fit for polite company, nor for children. But, these young men and boys were exposed to some of the most vitriolic, racist, violent, bigoted speech a person may ever have to endure in their life.

And guess what, that’s OK. The Black Hebrews have the freedom to be arrogant and evil in their speech and our government is pledged via the contract between the states, the nation, and the people to not outlaw speech.

Some people asked why the chaperones were not moving the kids further away from the preachers before the Native American protestors came along.

Have you ever tried to round up between 200 and 300 teenage boys? The boys had broken up into small groups for sightseeing around the mall. If you have ever lead a trip with more than 4 students per chaperone, it is impossible to keep track of them all because any group larger than 4 will naturally break into smaller groups because persons A through C will want to go to the Smithsonian while persons D and E just want to get lunch at Five Guys, or some similar arrangement.

So, there was no way the chaperones were going to change their prearranged meeting place (on the steps of the Lincoln Memorial) while they were waiting for the buses to come.

Every group was on the same spot because they were each exercising freedom of speech. The began to feel the vitriol of the speech that the preachers were spouting, so they got loud to drown it out with high school spirit cheers. But notice, at no do the white boys return the vitriol with hate, at no time do they do anything more evil than wear the campaign slogan of the current President of the United States.

Oh, one of the cheers involved a foolish young man taking off his shirt and dancing wildly for 15 seconds (have you ever walked outside in DC in January without a coat?). These cheers were apparently motive for Nathan Phillips (I like his first name) to wade into the crowd while singing a Native American song. The song is reportedly a prayer for peace, but no one there besides the native speakers would have known what language the song was in or what it actually meant.

So far, we have 3 very different groups of people in age, race, and religion. And we have no injuries.

I love this moment. I do not love the response that happens in the media and the widespread condemnation of anyone who was at this event.

I do think that Nathan Phillips walked into a situation without thinking and could have sparked a violent reaction from the young men, but that didn’t happen.

I think the black speaker who keeps threatening to whip the young boys’ “Cracker asses” also could have sparked violence, but he didn’t.

So far, the unique American system of free speech is doing well.

I am pretty certain everyone in our capital that weekend was there for non-violent reasons. And this is a key part of the beauty of the moment.

Humans tend to overreact when we feel threatened, or uncomfortable, or misunderstood. That’s why we have phrases we should all use when we are engaging in media online, in print, or in person.

Take a hike. Cool off. Boy, boy, crazy boy, stay cool boy! (If you don’t know what that is from, leave my website, now, and go watch West Side Story). Take a knee. Sit down.

All of these are phrases we need to remind ourselves of when we are engaging in charged content. I got so engaged that I could not work yesterday. While cooling off by doing dishes (serving my family is always a great way to take time to think), I realized that I had engaged this story in a way that was not healthy for me.

So, if you find your blood boiling for any reason, take a hike, do some dishes, make a meal, read some Harry Potter, do what it takes to get your mind off the situation and onto something that brings you joy.

Side note to other Christians who wonder why I did not include the Bible in the list, I really identify with the name Israel. Bible-reading is a time of holy engagement, but not something I do to relax with God. Worship, prayer, and serving others in His name all help me relax and be able to read His word or engage in His work.

We Are Really OK

While there was much universal backlash on both sides of the political spectrum after the video initially emerged, I am glad that people took time to look at the entire picture and realize nothing wrong happened.

Now, there is some backlash on conservative fences against the vile speech of the African American cult. That said, I want to mention that everything everyone did in this video is legal and good for the health of the American republic.

Freedom of speech is good, and there was nothing wrong in that picture. No one hit the other, and while Nathan Phillips was being physically , he did not cross the line. While the young man was standing there without moving, he did not respond aggressively or physically an awkward situation.

3 different races, religions, and generational groups: not one instance of violence. That moment makes me proud to be an American.

It’s Time for a Change to My Rules

I don’t want to add to the culture of division and political inflamation in America or the world. So, I am going to humbly begin to lend my voice and my content to the world in the area of politics. I will attempt to speak calmly and kindly, and to bridge the gaps between opposing camps.

I will engage in hope to reduce the confusion of the moment in that picture. 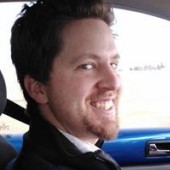 7 Lessons in Online Business from 2019